My younger brother David (pictured above with his son earlier this year), yesterday sadly passed away aged just 40, having lost his 8 month fight with Leukemia. He was a great brother and he will be sadly missed.

I will be away for a while while we send him to a better place.

Thanks for all your thoughts.
Andy

Employers who are not listening to the X & Y -ers are mad!!

Following on from my previous post regarding the X and Y Generations, and the differences between them as employees, I now want to highlight how different the two generations are when it comes to job seeking. Just to recap Generation X-ers (defined as being born between 1965 to 1979, and aged between 28-42) and Generation Y-ers (defined as being born between 1980 and 1984, and aged between 13-27), are now regarded as the key workforce for the next 20 -30 years and represent the future of business.

So how do these individuals look for a job and what methods do they use? Below are nine methods of job searching (courtesy of Ipsos MORI ) and the differences between how Gen X and Gen Y people use them:

Continue reading "Employers who are not listening to the X & Y -ers are mad!!" »

Fancy a job in TV? you won't do after this!

TV sounds exciting doesn't it? Working on well known TV shows, mixing with so-called stars and having the kudos of 'working in television, all sounds great. But the reality is a little different, and the career path is not as it seems!! So, if you have ever thought of getting a job in television and think it is a glamorous life, then think again, as you will see below!!

But to recruit and retain people from these two generations, then we surely need to understand what makes them tick in a working environment. Krista Third of Tamm Communications has noted ten different workplace differences between the X and Y generations that we should all take note of:

Where do you use yours?

I,like many recruiters, am under the spell of the Blackberry! These awesome little devices pander to our need for information at our fingertips 24/7. While there is of course an off button, it would seem that there are many many people that just don't know where it is!
I think that when J.R.R. Tolkien wrote The Lord of the Rings, he was very visionary - Gollum continually refers to 'my precious'  through the book - did he really mean the Ring or was he really a future secret BB addict??  Professor Catherine Middleton, recently studied Blackberry use and found that users have used their devices in shower (?? - on the toilet maybe, but the shower?), driving their cars, at funerals, at weddings, at children's soccer matches, school performances and on holidays. She came across one woman who caught her husband e-mailing under the table during their Valentine's Day dinner and another whose companion checked e-mail during their first date. And children have even become 'jealous' of their mothers spending time with their precious BB's rather than them, with the result being the children actually trying to destroy them!!

So just think for a moment......... where has been the strangest place that you have checked your emails? I can certainly confess to the bathroom (well it is convenient isn't it?) and my daughters school performance, what about you?

We all know that most companies are currently struggling to recruit staff. We also know that many of todays candidates use the internet as a main tool in their job searching process. So why is it then that companies who actually have and use (allegedly) their own career site / job pages, don't actually tell people about them? If jobseekers don't know about you, they won't then apply for any of your jobs and you will continue to keep the recruitment agencies profits up!
Do these companies assume job seekers are telepathic and will simply be drawn to their website? or do they believe that their brand will simply do the trick?
A recent survey by Personnel Today's sister publication Employment Review helps explain that employers are being incredibly naive with regards to candidate attraction, with 60% still using printed adverts to direct candidates to their site!  Just over half (52%) relied on their homepage link, while 44% of companies used job boards to advertise themselves (via jobs) and generate traffic. There are however, a few clever companies - but only one in six -  that have realised that one of the best tools to drive traffic to their career pages is SEO.

The staggering postscript is that 40% of companies make no special effort to attract candidates to their own career pages at all!!  How do they expect to solve their recruitment needs if they don't get enough candidate traffic in the first place?? Now for me that is either ignorance, arrogance or just plain stupidity!!

At this time of year, when there is plenty of Christmas cheer, there is a really massive problem that effects retailers (and ultimately all of us customers!), and that is recruiting the right numbers of staff at the right calibre for their biggest trading season. One thing that I personally hate is bad service when out shopping, mostly taking the form of ignorance and rudeness.  I am sure I am not alone in feeling this way, and you only have to go the USA to see how well retailers treat their customers, to really understand how bad at it we are in the UK. There are of course some very good retailers that this doesn't apply to such as M&S, Tesco and Sainsburys but they are in the minority.

I saw an article in Retail Week yesterday on Tips for motivating retail staff, but having endured yet more crap service over the weekend I thought I would amend this slightly. Below I have listed a number of de-motivational factors that I am sure that a number of retailers have been putting into practice when recruiting their seasonal staff!!

Talent Management at its best!

Talent Management and Talent Development are key to the way companies perform now and in the future, and I guess it is no surprise who the ones that are the best at it. The annual list for 2007 for the Top Companies for Leaders in Europe has just been announced, and the common theme amongst them, is that they all make leadership a critical part of the company's organisational structure. The top ten are:

They have all leveraged their talent and built successful consistent leadership practices, by having a dedicated focus, passion and commitment to succeed. I haven't done the exercise ( I will leave that up to you Peter!) but it would be interesting to see how good all their career sites are for attracting external talent!

The Top 10 Christmas Presents for a Recruiter

Within every single publication at this time of year, there is a 'recommended list' of presents to buy for absolutely everyone - apart from recruiters! So I have compiled my list of the Top 10 presents that people could buy recruiters for Christmas - the problem is that only people who have worked in within recruitment will understand where I am coming from!!

So if people keeping asking you what you want for Christmas - you now have a list to send them!! Here are my Top 10 Christmas Presents for Recruiters:

Continue reading "The Top 10 Christmas Presents for a Recruiter " »

Get Blog Posts By Email

What We Do [Video] 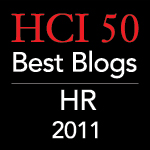