Is there really a UK North/South divide in LinkedIn/Facebook jobseeker use? 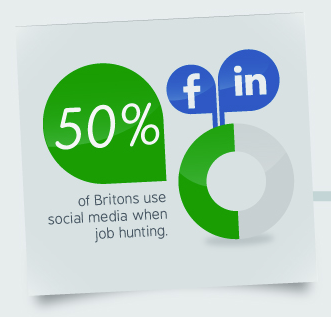 Social recruiting (using social media in recruitment for the initiated) continues to gather momentum. Facebook this week announced their new (social) Graph Search, which looks like a real step forward for using Facebook for effective recruitment searching. But what about the people that matter for recruiters - the candidates. What are they thinking about all of this?

Well according to a recent survey from Adzuna (Q4 2012), half of UK jobseekers are now using social networks as part of the job hunting process. [Just to add some recruitment context, I would guess that less than half the recruitment companies in the UK are actually using social media to attract them!]

This survey did pop-up some interesting results as you will see below:

Now just to add some further debate to the north/south social debate here is the breakdown of people using social networks for job seeking across the country: 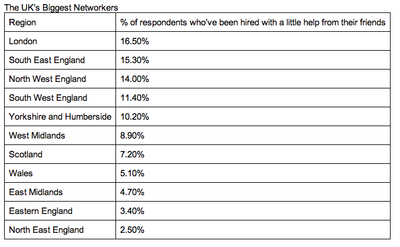 [Sample size of the survey by Adzuna was 1000 adults]

Make of this what you will, but it would be great to also map the recruitment agencies that do/don't use social media to recruit against this and see if there is some correlation. And before you ask, no I am not doing that!!

So what do you think? Is this a fair representation of how you see job seekers responding to social media in the UK?

We work with recruitment agencies and corporates to help them integrate social media into their existing recruitment strategy and recruitment processes. If you require guidance, advice or social recruiting training, get in touch today.

If you like reading this blog, then click on the orange RSS icon here and get the latest Sirona Says posts delivered to your RSS reader or your inbox the moment they come out.